I've acquired 4 Taylorcraft L-2 projects. The first one acquired was a TG-6 glider conversion. While looking at what it would take to restore the wings I discovered I was missing jury struts. A search for replacements led to a guy in Fredericksburg, TX who was intending to restore 3 L-2's at once. He decided that one fuselage too bad to keep so he cut it up and threw it away. Hence he was down to 2 aircraft and told me that anything he had 3 of, I could buy. After meeting him and some discussion, I found he really wanted to quit restoring and ride off on his motorcycle. So I wound up buying everything, i.e. 2 1/2 more projects. For several years I've been quietly searching for another fuselage to replace the one thrown away. I found one in 2019 so now I can say I've got 4 complete projects. Oh, the missing jury struts that started this were found by the previous owner of the TG-6 project so now I've even got 4 sets of them.

This is a typical L-2 with a turtle deck fuselage. These were the plain L-2 models, originally designated as O-57. The example shown has been modified with a full cowling. They were all delivered with exposed cylinders. The civilian designation is DC-65. 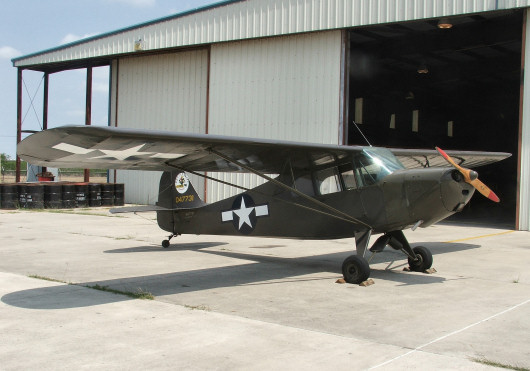 This is a typical L-2 with an observer fuselage. These were the L-2A, L-2B and L-2M models. The A & B had an open cowling. The M had a full cowling and spoilers. The civilian designation is DCO-65. 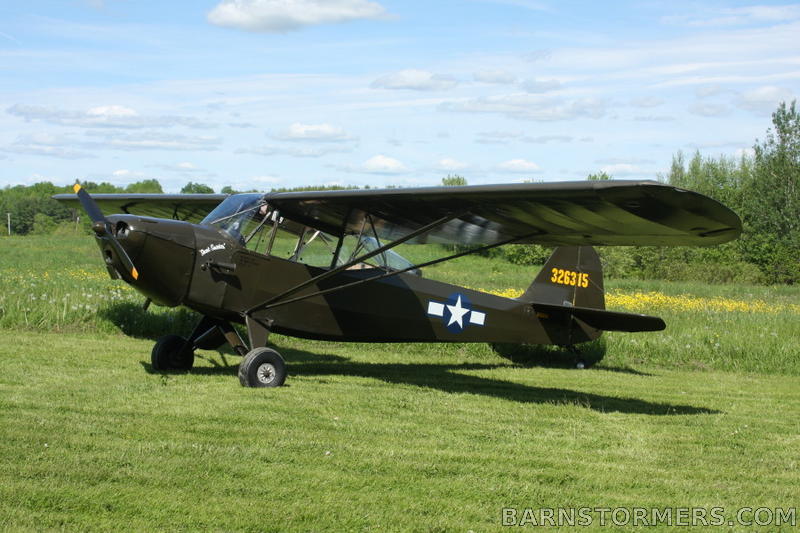 This is N67654. It started life as a 1942 TG-6 glider. It was sold by the War Department in 1946 and converted to power by the first owner. The gliders were basically a modified DC-65 so when converted it became a DC-65. The red arrows point to tubes that supported the nose pod of the glider. They were cut off during the conversion to power. 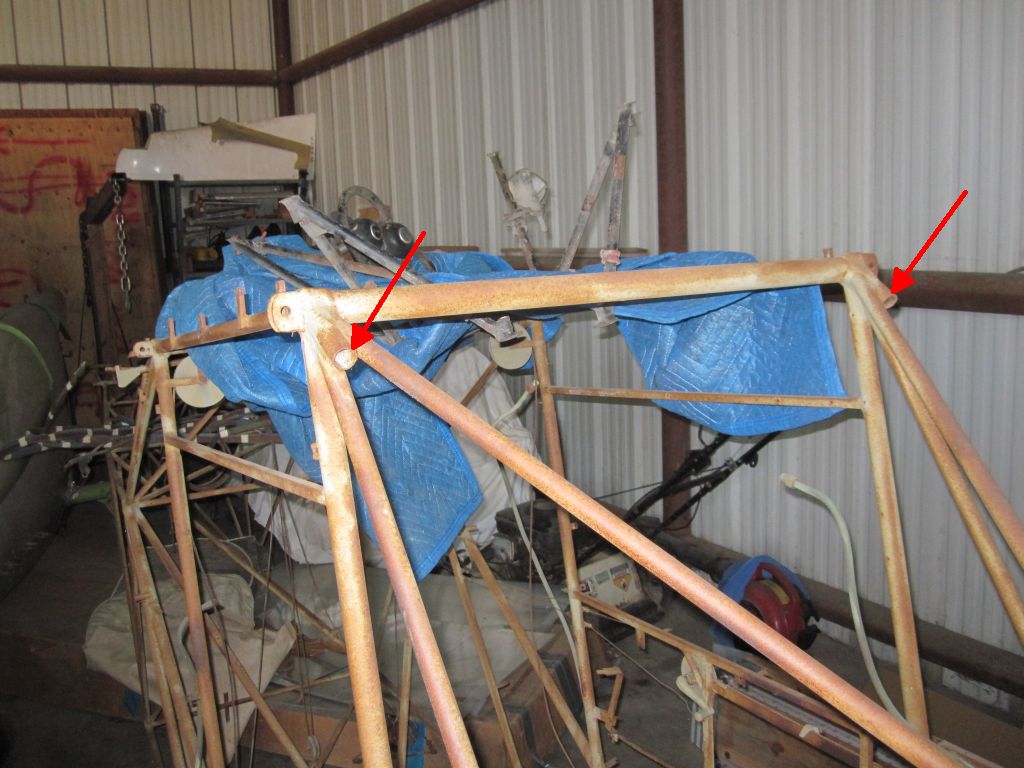 This is the TG-6 glider restored by the Western Antique Aeroplane & Automobile Museum (WAAAM). The extended nose pod housed a student instead of the engine. Other changes from the L-2 were the stubby gear, larger vertical stabilizer and spoilers added to the wings. Those changes are undone to convert the TG-6 to a powered L-2. 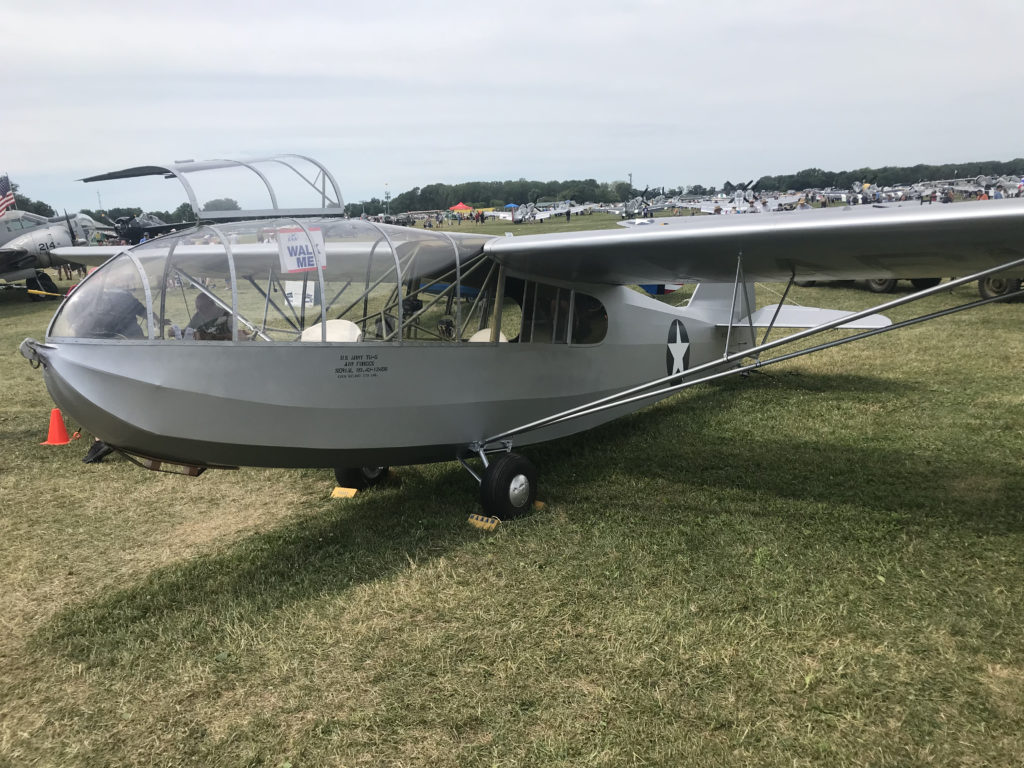 This is N61623. It was the very first of 4 L-2's delivered under contract to the Army for evaluation in 1941. The original designation for the type was O-57 and since these 4 were for evaluation they became YO-57's. The designation was later changed to L-2. This aircraft was produced with metal spars and ribs. War production caused a switch to all wood wings.

The second picture is this S/N in 1941 on its demonstration tour. 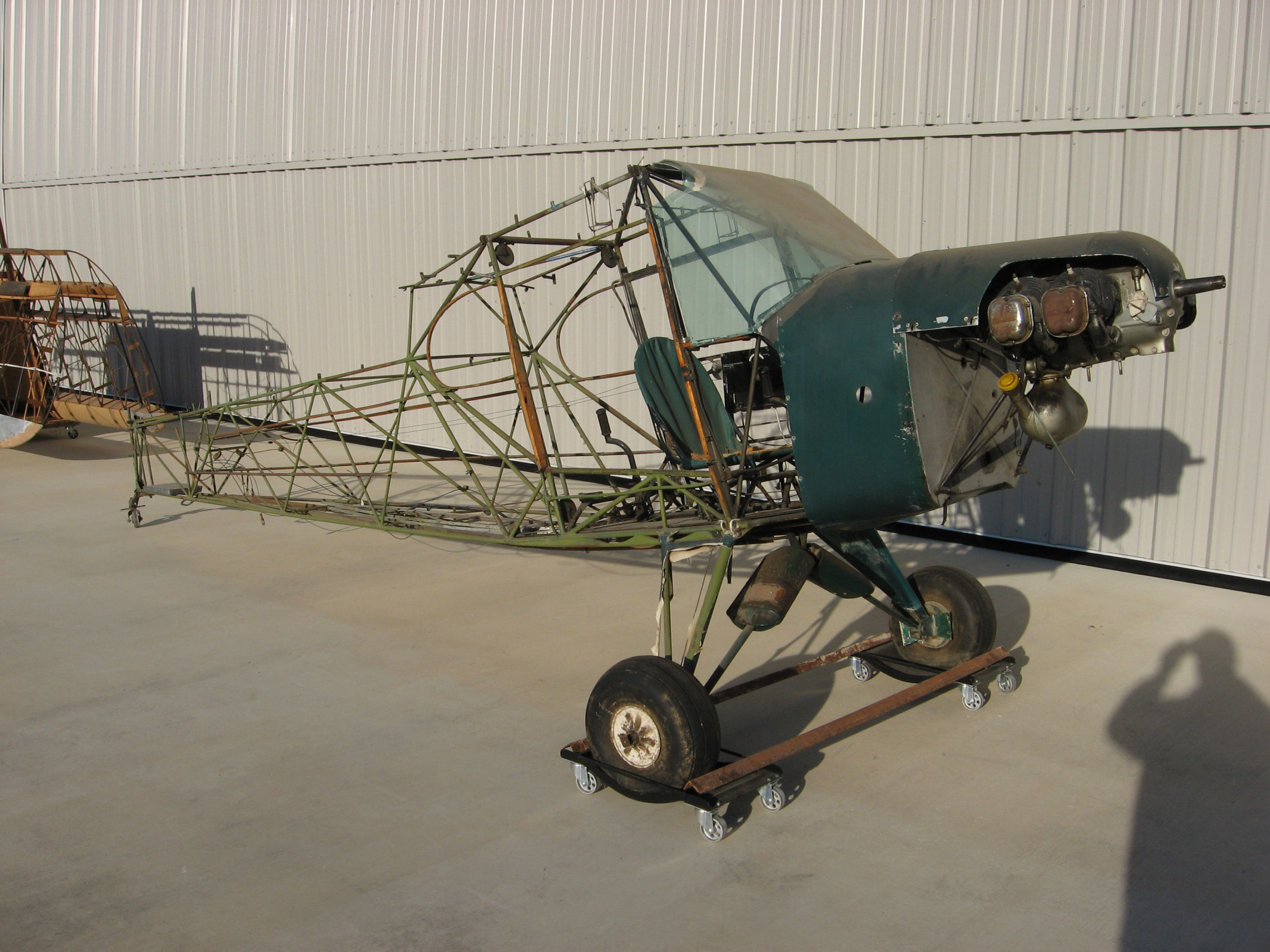 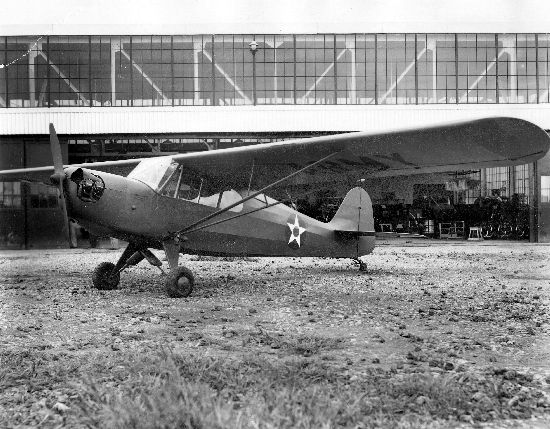 This is N48393. It is a 1942 L-2A. It was originally an observer model but got converted to a turtle deck some time in it's life. The turtle deck was preferred by many for civilian use so many were converted. I plan to convert it back to the observer configuration. 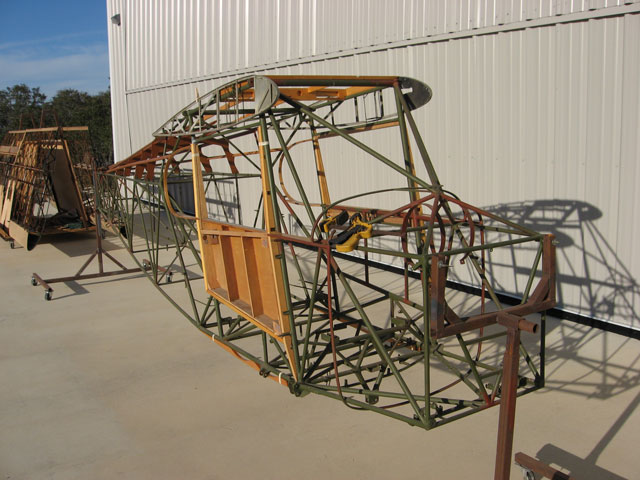 This is N53712. It is a 1943 L-2B. This is the fuselage I acquired to replace the one cut up and thrown away by the previous owner. In addition to the observer glass, this one has a swivel seat for the observer so he could face rearward in flight and use a small chart table. For civilian use the swivel seat has to remain locked forward. The second picture shows the observer seat swiveled to the rear. 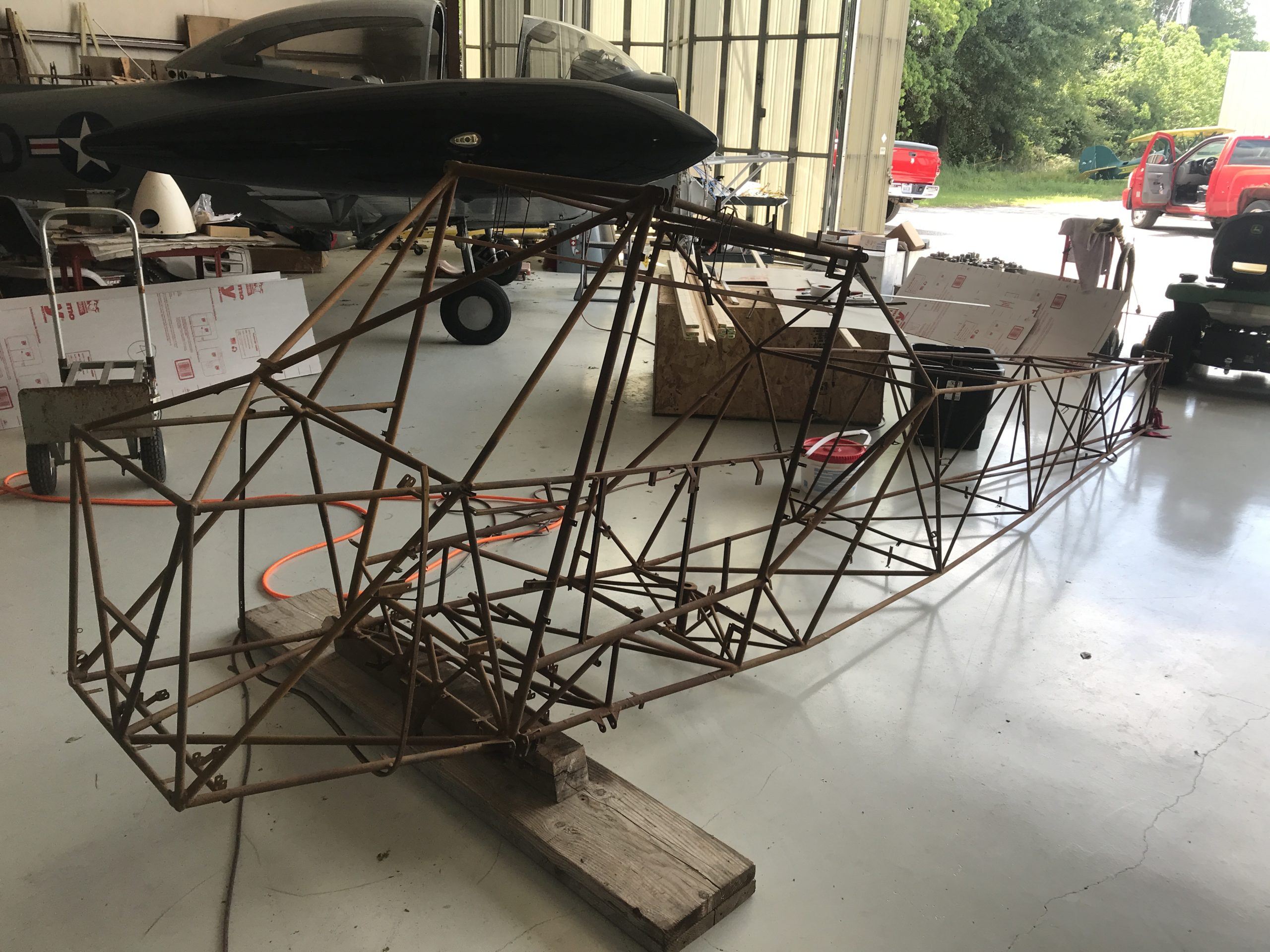 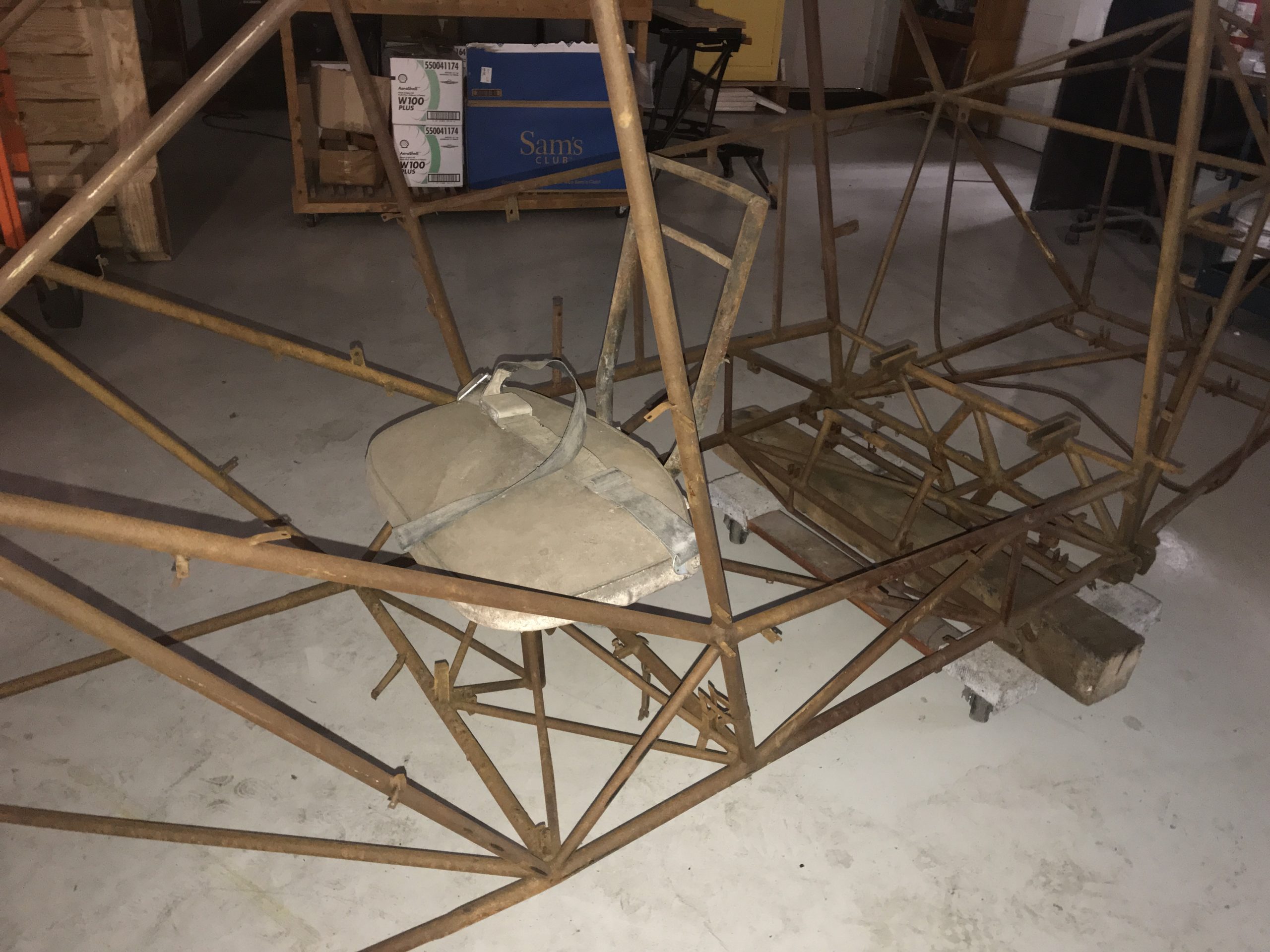